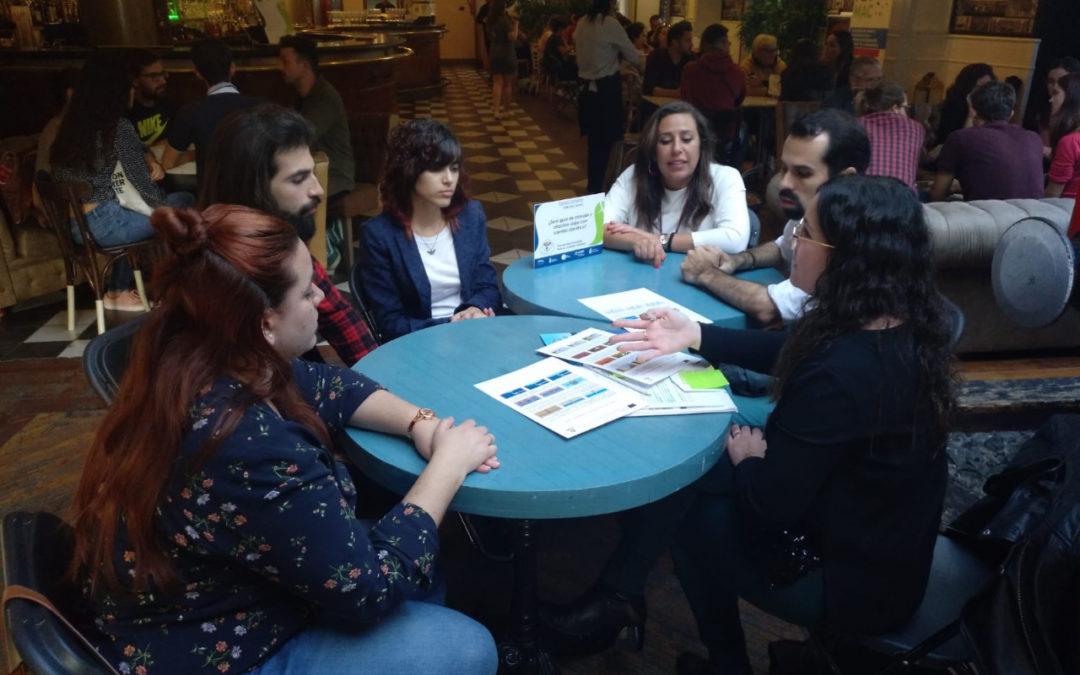 The researchers of the project SOCLIMPACT, Ana López and Carmen García, have participated in the event organized by the project UniPlanet (ULPGC) named “Café con ciencia” (“Coffee with science”).

The main objective of the event was to present to the society the research done at the ULPGC by young researchers related to Climate Change. Different topics were presented, such as seawater temperature, marine contamination, plastics, beach and tourism, and many others. Researchers were distributed in several tables, and the participants in the event had 10-15 minutes to visit the table in small groups and ask questions and doubts to the researchers about the different topics, in a relaxed atmosphere, while having a coffee. A total of 40 citizens participated in each session, and almost everybody had the change to see our project.

In the case of the project SOCLIMPACT, the main aim of the project was presented and also the Climate Change impacts that have been identified for the tourism sector were presented, together with a part of the surveys carried out a destination. The audience totally agreed with the relevance of the impacts identified, and while in some cases they were surprised by the impact proposed, they considered it to be very relevant for their traveling decisions when they thought about it. Infectious diseases, beach loss and marine biodiversity degradation and heat waves were the Climate Change impacts considered more relevant. Moreover, the discussion with the participants led to the conclusion of the importance of the awareness of Climate Change impacts and the relevance of the implementation of adaptation policies at island destinations. 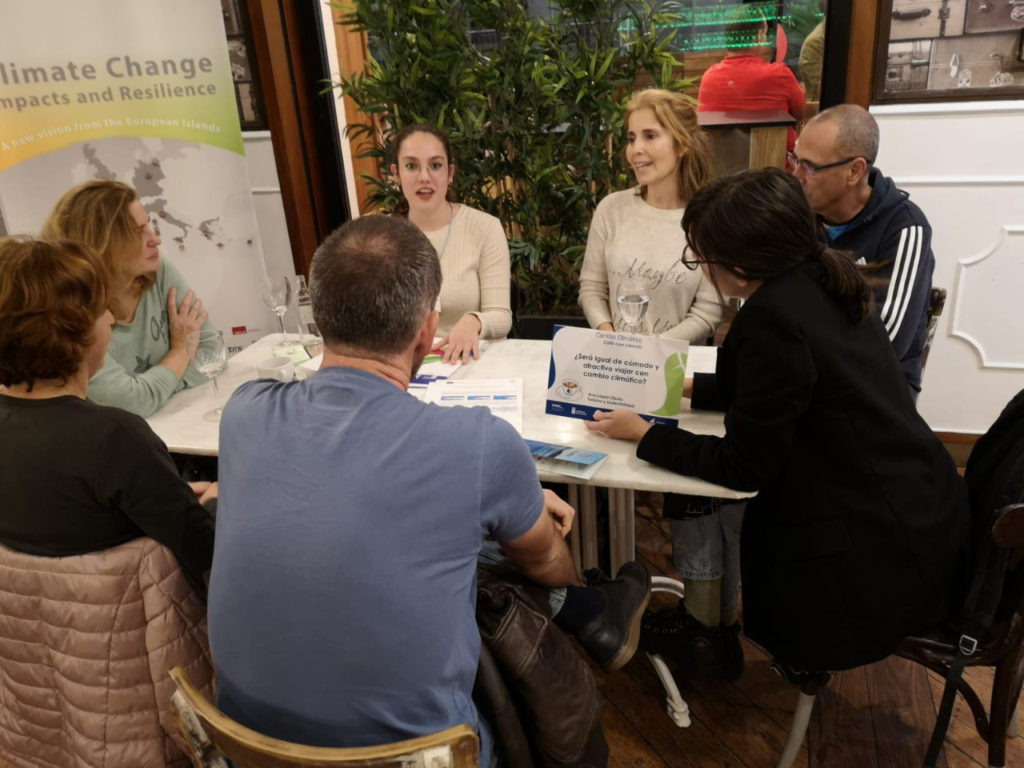