The University of Bologna (UNIBO), created in 1088, is recognized as the oldest university in the western world, and one of the largest in Italy (with more than 85,000 enrolled students per year). It is organized in a multi-campus structure divided into 33 departments and 5 operating sites (Bologna, Cesena, Forlì, Ravenna and Rimini). With regard to the capability of attracting funding, UNIBO is very active both at National and European level. At European level, UNIBO is the first University in Italy for FP7 funding with more than 272 funded projects (in 58 as coordinator), for a total funding nearly of 84 M€. At National level UNIBO ranks second for competitive research funding from the Italian Government.

At the University of Bologna, activities related to European funding programs are supported by the European Research and Innovation Office, which has more than 10 years’ experience with European projects. With about 30 people, organized in 4 thematic units plus another unit specifically devoted to ERC and Marie Curie programs, the office assists research groups in the whole project lifecycle: networking and lobbying, consortium building, proposal preparation, negotiation and project management. The European Research and Innovation Office steadily cooperates with the Knowledge Transfer Office, supporting the IP protection and exploitation, and the take up and commercialization of project results. With regard to the international reputation, UNIBO is among the top 4/5 Italian universities in

Starting from February 2014 the new Center for Advanced Studies in Tourism (CAST) of the University of Bologna has been established in Rimini Campus, thanks to the cooperation of four Departments (DiSA, DSE, QuVi, STAT). The Center aim is to foster advanced scientific research and professional training in the tourism field under a multidisciplinary perspective. The former School for Advanced Studies in Tourism, born in 2004 in Rimini Campus, has been deactivated and its activities integrated in the new structure.

The CAST continues the long tradition of research and education in the tourism field introduced in Rimini by the University of Bologna in the 1960s. Rimini is one of the leading mass tourism destinations in Europe, hosting about 15 million overnight stays each year and with nearly 2500 hotels. It is the place where the excellence of one of the most ancient universities in the western world (1080 A.D.) meets the ability of local entrepreneurs and the public administration in developing a flourishing tourism sector.

Born in this stimulating environment, the CAST together with the School of Economics, Management and Statistics, University of Bologna (Rimini Campus) are the leading institutions in tourism studies, known for the high quality of teaching and research programmes fostered by a young and dynamic team of academics (over 30 people) in every tourism field.

The Center is member of the UNESCO/Unitwin Network “Culture, Tourism, Development”, of the Network for Cultural Routes Studies of the Council of Europe, of EUNek and is establishing international bilateral agreements with universities, ONG and research centers in the field of tourism around the World.

The Center is the publisher of AlmaTourism, Journal of Tourism, Culture and Territorial Development, the first Italy based open access scientific journal on tourism in English and participate in the Via@ project, a multi-language, interdisciplinary, international review on tourism. 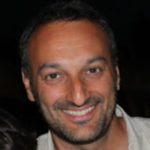 He is an economist, trying to spot what are the novel and unexplored challenges of the tourism sector from the economics perspective. His current research interests are: i) the problem of coordination within tourism destinations; ii) the relationship between tourism specialization, economic growth and social sustainability (particularly in terms of impact on poverty and inequality); iii) big data and destination management. Other research interests outside tourism economics include the socio-economic effects of globalization policies; Social economics and Income inequality. 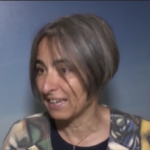 Over 20 years of experience in economic and socio-economic research and teacher with the University of Bologna. She has vast experience in research activities, with emphasis on socio-economic statistical surveys. Lately, She´s involved in research projects on water demand and environment impact studies. She has extensive experience in environmental economics and in the conception, implementation and design of statistical quantitative instruments. Anna is particularly skilled in data gathering and evaluation, strong background in the adaption of different model to specific cases. She has excellent knowledge of national and international statistical sources; excellent analytical capabilities, and with issues in water supply, waste generation, earthquake economic consequences and statistical analysis at territorial level, with proficient use of both graphic/cartographic (ArcView, Geoda) and statistical (STATA, SAS) software packages. 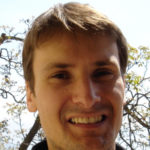 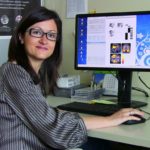 She is interested in cultures and tourism and, even if it may seem odd, she has written a book on the heritage of the slave trade in Africa, where she has carried out several months of fieldwork research in 2003-2004 (Senegal) and 2008 (Mozambique). She is also particularly interested in climate change and how societies act to manage it through adaptation and mitigation strategies; she strongly believes that we all should be more aware of how much each one of can do in this respect, both with our political choices and our behavior.