CREATÍVICA is a company specialized in publicity and corporate communication in the social sector, whose objective is to offer services that meet the “Common Good” and Corporate Social Responsibility (CSR) criteria. Their work is divided into five specialized areas:  Business and CSR Project Management, Marketing and Publicity, Audiovisual Production, Training and Event Management. CREATÍVICA we develop all kinds of communication products: customers support, corporate image, web pages, software management, audio-visual material and applications for smartphones. It also carries out indoor and outdoor advertising on billboards, buildings, mupis, booths, cabins, monopoles, buses and shopping centres. It incorporates avant-garde ways of transmitting messages to the target audience through new communication channels seeking efficiency and success for an increasingly demanding audience. The agency has extensive experience in communication, press and comprehensive management of events and projects. 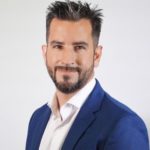 Tanausú Zumaquero-Nuez, (Las Palmas de Gran Canaria, 1980) graduated with Honors in Business Administration; Bachelor of Arts (Honors) in Bussines Administration BBA, from the University of the West of England (Bristol – UK), although his professional career, since 2002, has been developed mainly in the different strategic consulting areas of the social sector. Currently, he is Executive and Account Director at the communication and advertising agency, CREATÍVICA. Expert in corporate communication and social project management, Tanausú has participated and coordinated outstanding projects such as the preparation and edition of the Canary Islands Government White Paper on Transport with the company Atlántida International Consulting, the SICARO Project for the implementation quality systems in the management of Canary Islands NGOs in the Anagos Network, the Adsis Foundation Socio-Labor Integration project for people in social exclusion, the Youth in Action 5.1 project of the European Social Fund with the General Direction of Youth of the Government of the Canary Islands, the production of the Solidary Gran Canaria project of the Ministry of International Solidarity and Institutional Cooperation of the City Council of Gran Canaria, the MAC project of transnational cooperation DETICPORT, the official accreditation for the Canarian Employment Service, management of training actions for the unemployed and management of the Training Center Pepe Marrero, management and international projection of the International Port Training Center Belén Maria, adaptation to the Data Law and implementation of integrated ISO quality management systems 9001 and 14001 to the union organization of port stevedores in Las Palmas and the San Borondón Training Center. The creation and Co-Direction of the university extension course “La Ciudad-Portuaria” taught jointly with the Institute of Technological Development of the University of Las Palmas of Gran Canaria. 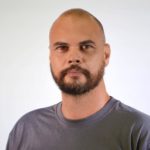 Acaymo Martín (Las Palmas de Gran Canaria, 1980) has an extensive and specialized training in the communication and education sector, endorsed among others, by the Complutense University of Madrid, the University of Las Palmas de Gran Canaria and the Higher School of Communication and Image & Sound of Madrid. He has extensive professional experience in the communication sector, being part of the technical team of the most important communication groups locally, regionally and nationally, among which we highlight Atresmedia, Mediaset, RTVE or RTVAC. In a complementary way during the last years, he has worked in Production & Edition, Screenwriter in different awareness campaigns for the Red Cross, Cáritas Diocesana, Platform for Human Rights, Ecologists in Action, FELGTB, FUNCASOR, Canarian Institute of equality among many other entities. He is currently part of the CREATÍVICA Canarias Communication Agency Consulting where he works as Project Leader of different projects and with the roll of Creative Director. 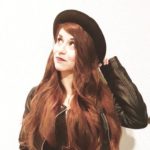 Graduated in journalism from the University of La Laguna (2011-2015), Tamara began her professional career in the Canary Islands, but her desire to discover the world beyond the islands and learn languages ​​led her to travel very soon after graduating thanks to different types of scholarships. The Germanic reality on the islands, and more specifically on the island of La Gomera, led her to have her first exchange experience in Bonn, Germany. At the Rheinische Friedrich-Wil-helms-Universität she specialized in media communication (Medienwissenschaft), which helped her improve her oral language proficiency. Subsequently, she managed to promote an extra-community exchange with the Autonomous University of Baja California, where she studied her last year of her degree, graduating as a communication scientist with honors. During the time Tamara was in Baja California, he worked closely with the advertising agency OkayOk and as a tourist guide with the company Explora Caribe. She also collaborated in the preparation of scientific information capsules for Televisa and in social intervention projects, in addition to various volunteers. Teaching began to form part of her daily life, so she currently continues to work as a teacher, in addition to working for the CREATÍVICA communication agency, especially in the western islands. At the same time, she also collaborates with the European information center Europe Direct organizing events and communication in the European Union. She has recently started working with the Tourism Department of the city Council of La Gomera promoting the island internationally. 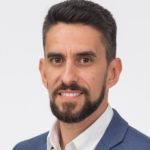 Marcial J. Rodríguez (Arrecife, 1976), trained in Business Administration and Management at the University of Las Palmas de Gran Canaria, has extensive professional experience of more than 15 years in the field of marketing and communication, both in private companies and in public administration, from graphic design and digital printing to social media management and institutional relations. In recent years, before becoming part of CREATÍVICA’s team, he has specialized in communication and institutional relations, forming part of different communication offices of public administrations, assuming in his last stage of his career the responsibility of coordinating the actions of press and relations with the media. He has also been responsible for the design and implementation of political campaigns in the latest electoral processes. In terms of personal development, he has always shown his interest and support for initiatives related to conservation and respect for the environment, the development of renewable energy and sustainability policies which fits perfectly into the culture and identity of CREATÍVICA, an agency specialized in communication and advertising for public and private organizations in the social and environmental fields. 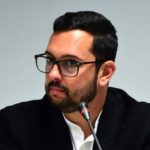 Raúl Vega (Las Palmas de Gran Canaria, 1984) is a Graduate in Journalism from the University of Rey Juan Carlos. He also studied History at the ULPGC. Interested in culture, literature, the environment or social movements, his premise is to start locally to reach the universal. In the media, since his career has begun he has worked in several projects. He started on community radio and did internships at the Canary Island’s Radio “La Autonómica”. He has been linked to other radio projects in media such as 7.7 Radio or the Radio Insular de Lanzarote, among others. In digital journalism, after trying various personal and collective initiatives, since 2015, he has been the Coordinator of the digital magazine Tamaimos.com. Within the same entity context, it is attached to the Canary Tamaimos Foundation, which advocates for the defense and dissemination of Canarian culture and identity from a broad perspective. On this channel, he directed and presented the televised in-depth interview format “El Tirafondo”. Similarly, he was the director of the documentary report “Puntales”: Canarian youth for a new era”. He has been involved in corporate communication for associations such as Mogán Bonito, ICEACAN, in addition to the Tamaimos Foundation itself, where he continues to carry out these tasks. He carried out 52 interviews with various social groups in the city of Las Palmas de Gran Canaria in the Associative Reality Study of Las Palmas of Gran Canaria, work commanded by the company Culturalink Consultores. He is currently employed at the CREATÍVICA company, working in communication, press and website department.