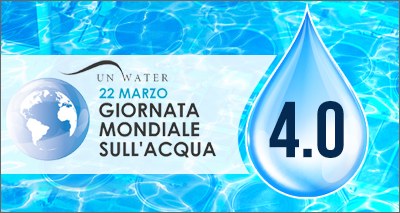 It is called CONSTANCE (iNtelligent COntrol and Automated GeSTione for the aCqua rEflue traCT) and is a system capable of reducing energy and water treatment plant management costs by more than 30%. The system is based on machine learning technologies and is presented on the occasion of World Water Day on 22 March by the Hera Group and ENEA, which has developed it on the basis of its own patent. The prototype has reached technological maturity level 7 and is ready for industrialisation; the first tests were successfully carried out at the Hera purification plant in Granarolo dell’Emilia (Bologna).

The main innovation of CONSTANCE lies in the possibility to use reliable low cost sensors associated with control algorithms, which allow to remotely manage several treatment plants and to estimate in real time the percentage of pollutants input. In particular, CONSTANCE allows to reduce pollutants such as nitrogen and organic matter, allowing the re-injection of good quality water into the receiving water bodies.

A second important aspect is the application potential of the system to both medium-small plants (up to 20 thousand “population equivalent”) – more than 90% of the total in Italy – and large plants. According to the latest ISTAT data (2015), large sewage treatment plants, even though they treat more than 60% of the total wastewater, are less than 10% of the total number.

“Several studies show that small and medium sized plants have much higher specific treatment costs than large ones: this technology can be crucial to significantly reduce them. A further benefit in terms of costs and impacts comes from the possibility of guaranteeing lower concentrations of pollutants at the discharge”, underlines Luca Luccarini, researcher of the Cross Technologies Laboratory for Urban and Industrial Districts at the ENEA Centre in Bologna.

“The Hera Group places technological innovation among the fundamental pillars of its management and development strategy. With this in mind, in 2017 Hera signed a Framework Agreement with ENEA for the implementation of projects of common interest aimed at optimizing processes in wastewater treatment systems and increasing energy efficiency”, says Franco Fogacci, Hera Water Director. “The experimental test project at a purification plant managed by the Hera Group of ENEA’s CONSTANCE controller is the result of this collaboration and will allow both parties to further develop their know-how and transfer into real applications on an industrial scale new technologies that allow to improve the energy and process performance of wastewater treatment plants, for the benefit of citizens and the environment. The current project highlights the importance of the partnership between the Hera Group and ENEA in terms of skills development and technology transfer”, he concludes.

The Hera Group itself, in order to constantly guarantee quality services to the territory in which it operates, has always turned its attention to the most modern technologies, to the use of which it dedicates considerable investments and the commitment of qualified technical working groups. The use of cutting-edge technology does not, in fact, stop at purification; it is worth mentioning the use of drones and data obtained through satellite scanning to remotely detect, for example, the stability of sewerage collectors, to locate leaks in water networks and monitor landslides in the Apennine territory served, so as to prevent breakage in gas networks.