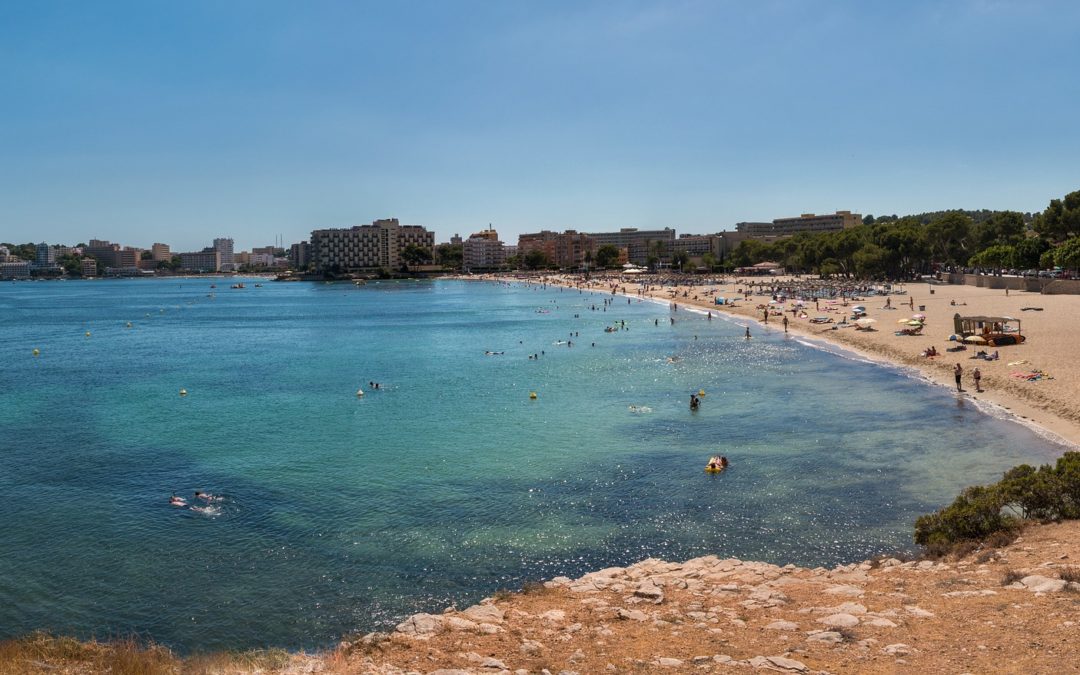 Students from the Joan Alcover Secondary School in Palma participate in two scientific activities on the Can Pere Antoni beach. A group participates in a long term study about the retreat of the coast line due to the rise of the sea level caused by the global warming and another one, to a microplastic collection exhibition. The objective is twofold: to collect data and to increase environmental awareness.

Young people walk zigzagging to the beach of Can Per Antoni, entering and leaving the sea above all on a more important level change. They have a barometer in a box located on a flat surface, which must always be kept at the same height. “If you carry them with your hands, you can change your position”, said Consol Tomàs, project coordinator and technology teacher. In the box there is a small computer, explains the teacher, on which they imagine the data that are recorded on the pressure of the air column that the student has. The pressure is higher with more pressure from the sea. This is how they measure the level change of the surface of the deck.

“The oceanographic institute will make the calculations later”, says Tomàs, who also explains that the student has already built the apparatus. Tomàs says that last year they moved to Cala Major, which is only a hundred metres away, and that Can Pere Antoni has 700. “If you know the profile of the beaches, you can see where the sea level will rise”. He assures us that these measures are only three or four places away from the Islands and that they need more time, “so they need the help of the schools”.

There are a number of schools participating in the Secosta project, an initiative of the Balearic Oceanographic Centre and the University of the Balearic Islands (UIB) with the support of the Ministry of Education, University and Research. The main objective is to involve secondary school students in the research work that is carried out through two initiatives: Soclimpact and Venom. The first is a project financed by the European Union, while the second is promoted by the Ministry of Science, Innovation and Universities of the Spanish government.

Another group of students, says biology professor Miquel Serra, is dedicated to collecting microplastics, which is the technique for making this exhibition in a scientifically correct way. “It is done by fixing a certain surface and to each plot – it is the mostreig and then it is possible to extrapolate the data to the surface of the whole plate”.