SECOND ROUND OF LOCAL WORKING GROUPS AT THE 12 ISLANDS LEVEL 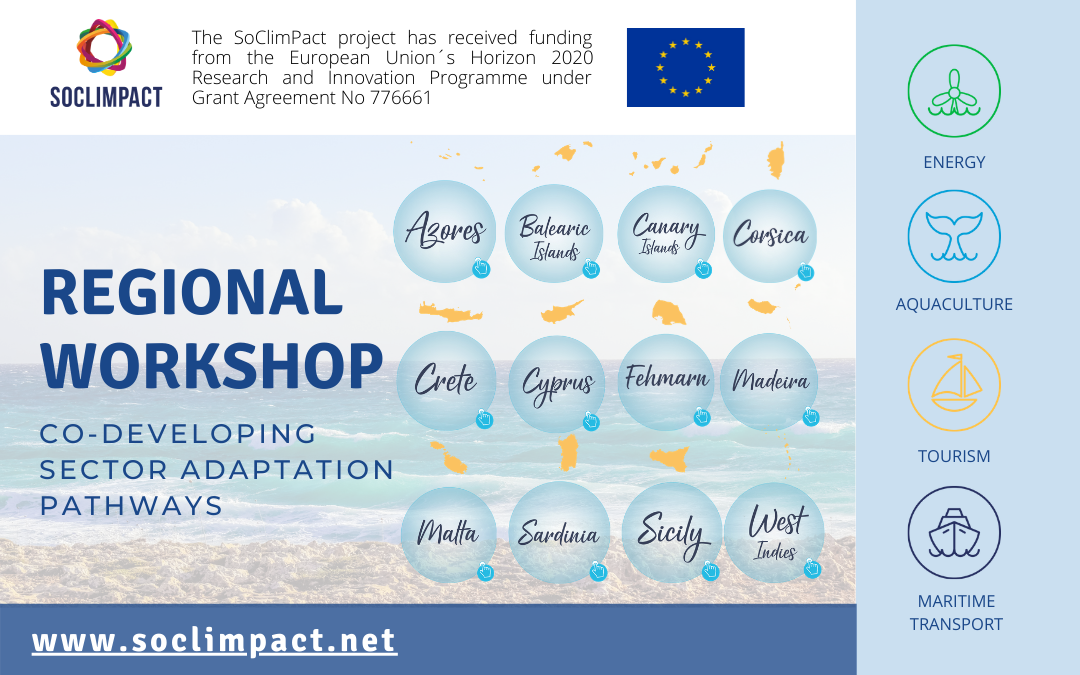 During October and November 2020, the second round of Local Working Groups was organised to engage islands’ stakeholders in the design of alternative adaptation pathways. The meetings saw the participation of more than 200 stakeholders and representatives of the blue economy sectors in 11 European islands.

A wide variety of stakeholders were involved in the process to properly capture different perspectives, knowledge, and stakes. The profile of the individuals invited to answer involved policy and decision-makers, practitioners, non-governmental and civil society organisations, science experts, private sector, business operators and sector regulators.

The main aim of these meetings was:

To this aim, stakeholders utilized five evaluation criteria to rank the proposed measures:

It was assumed that adapting to climate change may range from minimal to high cost, and from requiring a small or incremental change to a significant transformation from the status quo.

The final set of proposed adaptation measures are framed in the islands’ socio-economic and political context, have a sectoral perspective, and respond to the islands’ future scenarios of climate change. At the same time, the involvement of regional stakeholders in policy design allows them to engage in the effective implementation of climate actions on their island.

The adaptation trajectories proposed by stakeholders in each island are summarized