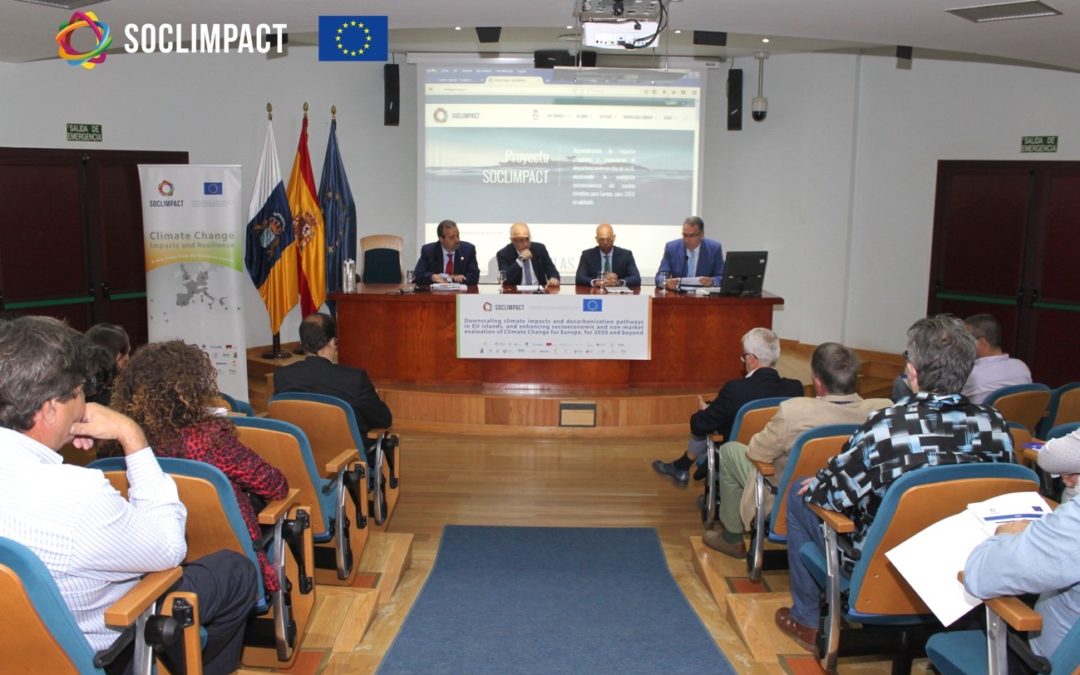 The event held on the island of Gran Canaria was attended by the highest level of experts in the islands’ blue economy. They stressed the importance of the fight against climate change in the territory and of cooperation between public authorities, research and society.

The impacts detected in the Canary Islands were:

Every sector gathered their proposals in different roundtables.  The conclusions collected for every sector were:

They highlighted water acidification, variation in oxygen concentration, change in currents, pollution from land to sea, the cost of cleaning water and the importance of ecosystem indicators.

The possible increase in ships and goods insurance due to events that make it impossible to arrive or dock in the port was addressed, as well as the impacts of the duration of regular route, which could be affected by climate problems.

For these two sectors, the use of the ARGOS network was advised, which provides a reliable source of oceanographic data at the global level.

One of the interesting points was the treatment of information on climatic phenomena, sometimes alarming and dramatic. Ineffective information management leads to the volatility of tourist flows and the risk of people becoming immune to information, rendering alarm systems useless.

As for climate risks affecting tourism on the islands, they were cited:

Among the work proposals was the implementation of intelligent climate information systems to help tourists make decisions during their holidays. On the other hand, it was also proposed to diversify products and modalities of tourism that allow reducing the dependence to climatic variables.

This table raised several questions focusing mainly on marine energy, how to manage RES systems installed in the sea and what implications climate change will have on the development of marine energy.

Among the solutions raised were demand-side management, energy storage and interconnection via an underwater cable.

The session ended with a commitment of all the stakeholder to help soclimpact project and create synergies.