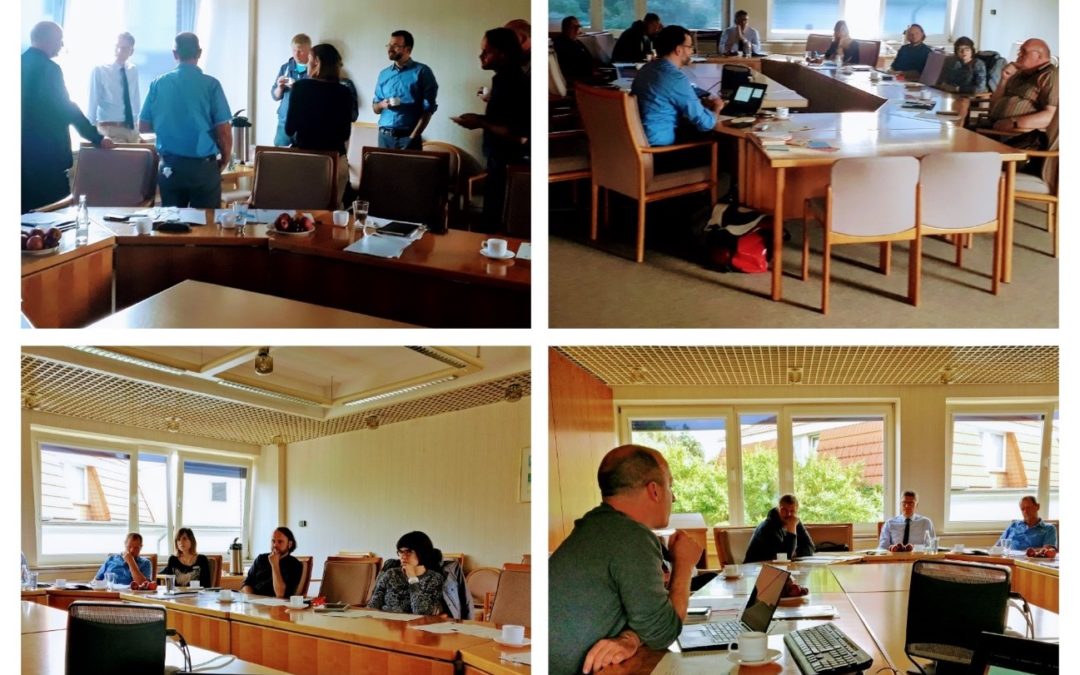 The Local Working Group in Fehmarn met for the first time on 10th of September 2018 in the island’s capital Burg.

The event was hosted by the municipally of the island. It was a small but high-level group of stakeholders.

During the meeting, participants focused on listing the problems found. The discussion was influenced by the recent extremely dry and hot summer in which various climatic impacts took place.

Overall, various hazards and their impacts on the island economy where discussed from different angles.

The following stand out:

– The danger of cyanobacteria

– The ongoing erosion of sand beaches

The ongoing erosion of sand beaches had special attention since all tourist destination at the German Baltic coast spend extensive summers on beach restoration where sand is pumped from the sea back to the declining beaches. Mr Jensen (Director of the tourist department) suggested to evaluate if these measures are always necessary and to ask for the opinion of the tourists if smaller beaches would also be sufficient for them. All members appreciated a proposal not to hide facts from the guests of the island, and the possibility to survey the island’s guest was discussed. Everybody agreed that tourists should be well informed and involved in measures of climate change adaptation.

After this meeting, the stakeholders of the Blue Economy sectors of the island, especially from tourist have a new tool given by SOCLIMPACT project to minimize the climate impacts and to improve the environment and economy of this region.