“The Kick Off Meeting of Soclimpact was celebrated in Canary Islands (Spain), on January 30-31st, 2018, with 44 participants from 24 institutions of 8 different European countries.”

More than 50 people, representing 12 European Islands and Archipelagos organisations, from 11 European countries met in Las Palmas on the 30th of January for three days to launch Soclimpact. During the event, partners had the opportunity to come together and engage in the first steps of the project, presenting and discussing contributions, future plans and actions for the next 36 months.

By using EU islands as living labs with a high replicability potential, SOCLIMPACT vision is to provide stronger methodologies to better measure and asses the associated costs, benefits and risks of global Climate Change in other EU coastal regions. Soclimpact is modelling downscaled CC effects and their socioeconomic impacts in European islands for 2030–2100, in the context of the EU Blue Economy sectors, and assess corresponding decarbonisation and adaptation pathways, complementing current available projections for Europe, and nourishing actual economic models with non-market assessment. 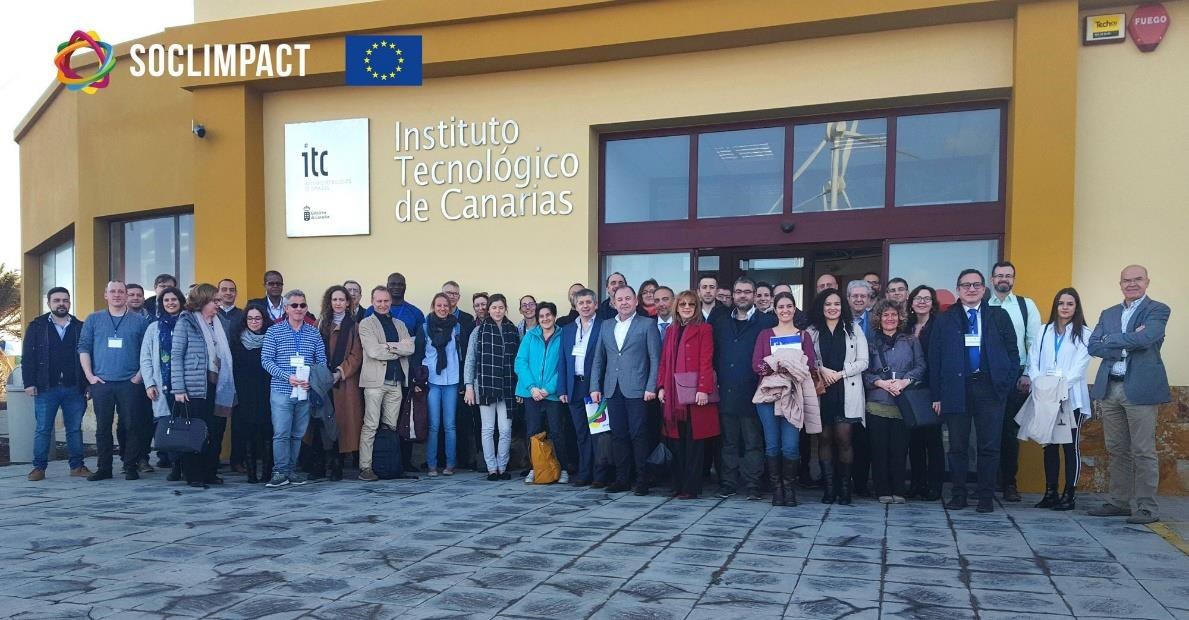 Alessandro Crescenzi, of CE-EASME, joined the kick-off meeting, addressing in his message EC’s expectations on the project and the procedures to ensure a successful project. XY of DT, stressed the importance of SOCLIMPACT’s contribution to the challenges faced by the EU Blue Economy sector, and its relevance to support the European policy, providing concrete demonstrations results.

(*)SOCLIMPACT: DownScaling CLImate ImPACTs and decarbonisation pathways in EU islands, and enhancing socioeconomic and non-market evaluation of Climate Change for Europe, for 2050 and Beyond.