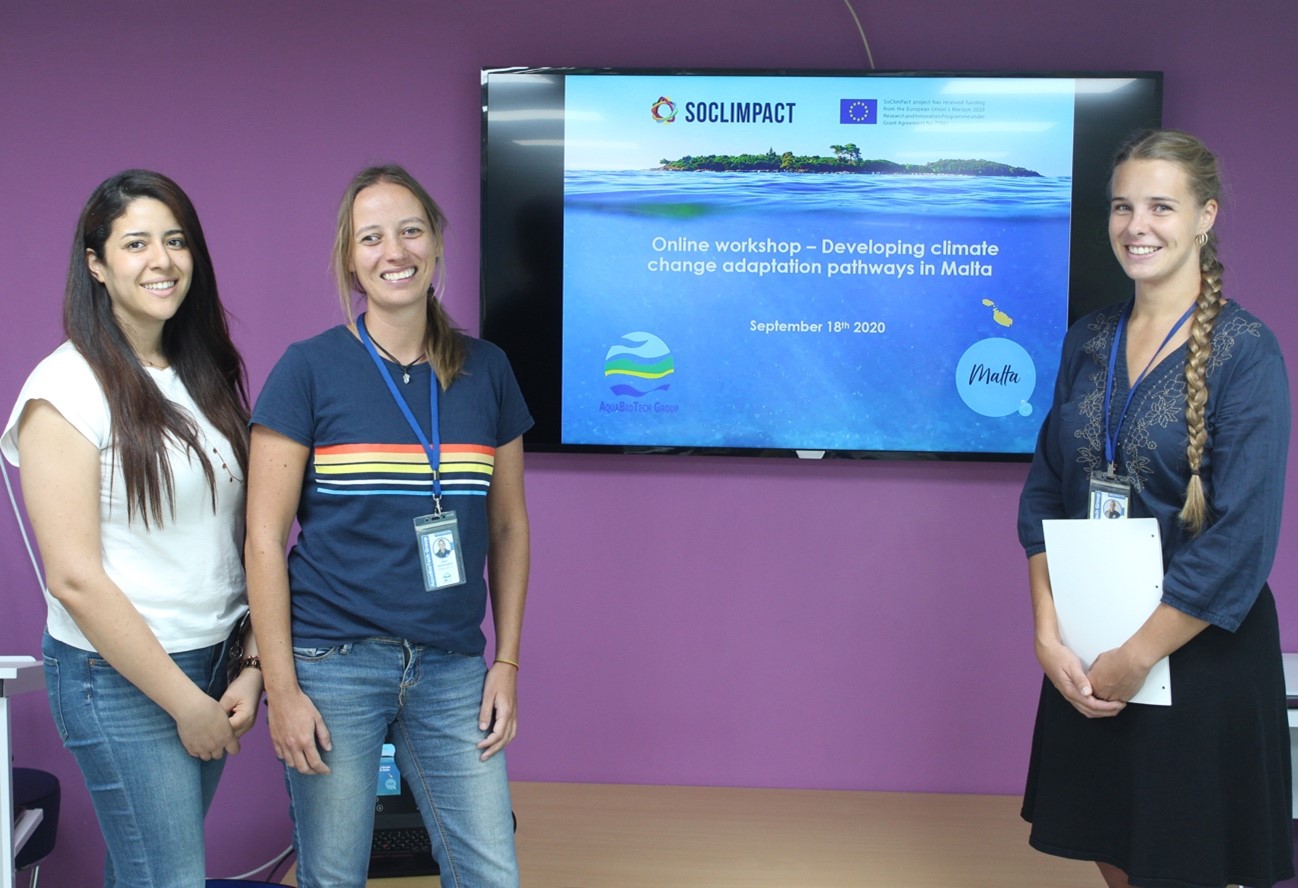 Last September, 18th 2020, The Soclimpact´s partner AquaBioTech Group held its second local working group in Malta. The meeting saw the participation of high level representatives of the blue economy sectors in the island.

The main aim of this meeting was to evaluate and rank alternative adaptation measures for the island. To this aim, stakeholders and Island Focal Point partners analysed future Climate Change impacts for their island. Downscaled climate projections built by the Soclimpact project in previous stages served as background material for stakeholders to understand the islands´ priority risks in the medium- long term periods. The subsequent economic impacts on four blue economy sectors (tourism, maritime transport, aquaculture and energy) were also provided and analysed by stakeholders. The meeting had its second part on October, 9th 2020, to validate the results for the island, and agree on intervention priorities.