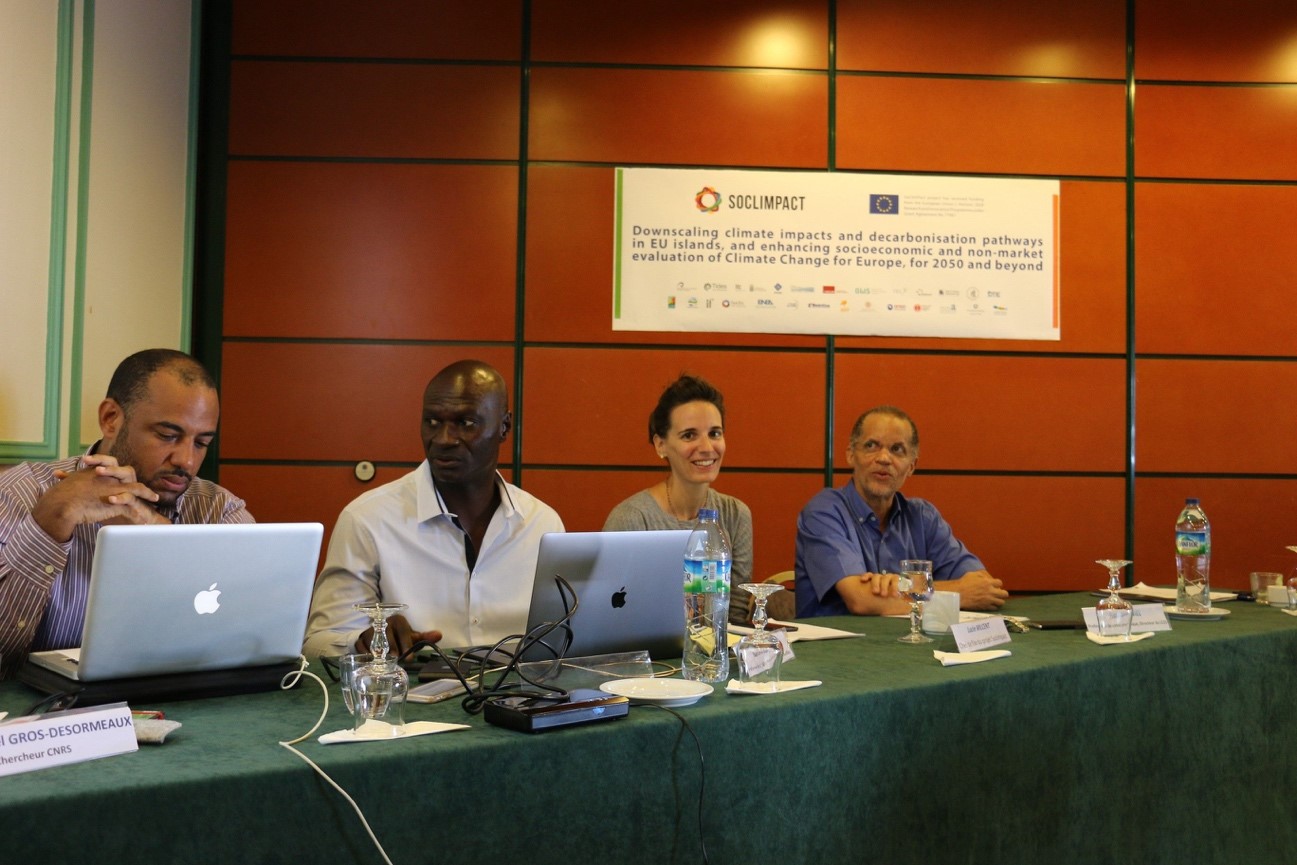 On September 25th and on September 27th took place the Soclimpact Local Working Groups of the West Indies – respectively in Guadeloupe and Martinique – organised by Université des Antilles.

The event looked for the implication of the main stakeholders to define the different impact chains through their opinion. Each workshop had two rounds. The first one focused on the current situation of the Blue Economy in the West Indies. In this sense, the participants addressed various topics. On the one hand, tourism sector showed positive indicators since there was an increase in the number of cruise and the length of stay of the tourists. They also proposed some ideas, as to take account the structural resistance of habitats in modelling variables concerning insurance policies and social benefits. Stakeholders highlighted projects and studies related to the theme of climate change that could create synergies with SOCLIMPACT project. This first round ended with the presentation of risks and their socio-economic impacts.

The second round aimed the opinion of the stakeholders on the risks selected by sector. Several impact chains were submitted to the group to identify climatic hazards, their intermediate impacts, the emergence of risks as well as exposure and the factors of vulnerability and adaptation.

Five risks were presented according to the sectors tourism and fisheries/aquaculture:

–      Loss of attractiveness due to extreme events

–      Decrease of attractiveness due to extreme events

–      Reduction of fishing activity due to blocking at the port.

The event ended with positive feedback of stakeholders who presented their interest in the project and agreed to contribute to the latter. SOCLIMPACT also expresses its commitment to keeping them informed about the evolution of the project.