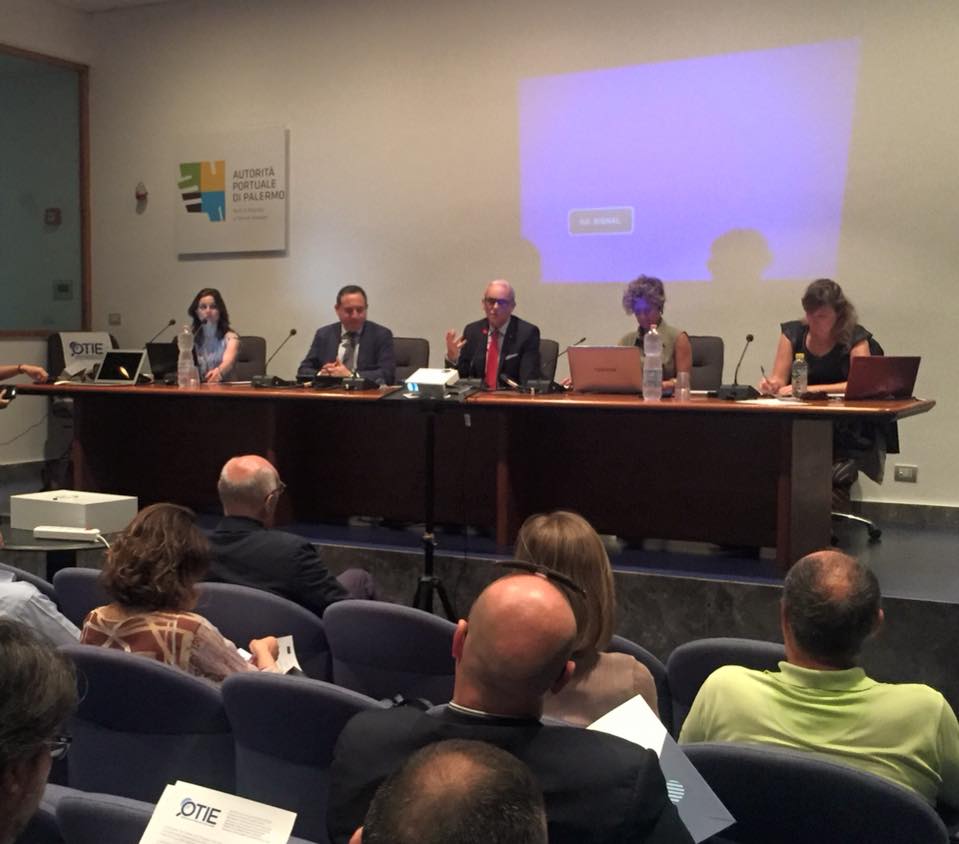 Last 22nd  June, 2018, Soclimpact stakeholders of SOCLIMPACT project met in Sicily to share knowledge and be informed of the latest findings so that they can cooperate and take advantage of the project.

During the session, the partners had the opportunity to explain where the project stands and to define the rule of the Sicilian local working group to support the project.

Some of the topics addressed were:  Analyzing possible impacts of the cruiser increase. The prevision and mitigation based on La Posidonia. The need to strengthen the relationship between research and companies. The recovery of traditional fisheries, the maritime traffic and its effects on the transit of marine species.

Stakeholders showed vast knowledge and experience in the Blue Sectors and their environmental aspects. They were open to sharing reliable data for every sector. In this sense, OTIE would be in charge to collect all the data when the impact chains are developed and validated.

Once the stakeholders explained how they could contribute to the project, the session kept going with a roundtable where they discussed the most current reflections about the definition of climate impacts and priority risks due to the Climate Change in the four sectors of study as well as the development of impact chains

This first meeting with local stakeholders has identified key areas that can be studied within Soclimpact. One sector, which will undoubtedly be challenging to address, will be marine energy.

Also, this meeting made it possible to verify the availability of data at the local level in the various sectors and the possibility of conducting pilot studies in three sectors, although the final choice of sectors and pilot sites will be made at the level of the project consortium.

All the local actors involved showed great interest and willingness to share data and to support the project in carrying out the studies or in identifying a pilot site. Everything will have to be reviewed once the impact chains and indicators are defined to understand which data, among those available, are beneficial for the project.