The goal of this event was to promote the exchange of ideas and experience among economists conducting quantitative analysis for policy and decision making in the public and private sectors.

SOCLIMPACT received special attention thanks to its special session on: Climate Change Adaptation, Islands and the Blue Economy- the H2020 project SOCLIMPACT. The session was composed by three main contributions:

For modelling downscaled Climate Change effects in European islands, as well as suggesting tailored adaptation measures to local administration and stakeholders is really important the translation of Climate Impacts into meaningful changes in model parameters and economic variables.

However, data like Input-Output table are often scarce or incomplete at the regional level, for what is necessary setting data sources, methods for balancing IOTs and methodologies. 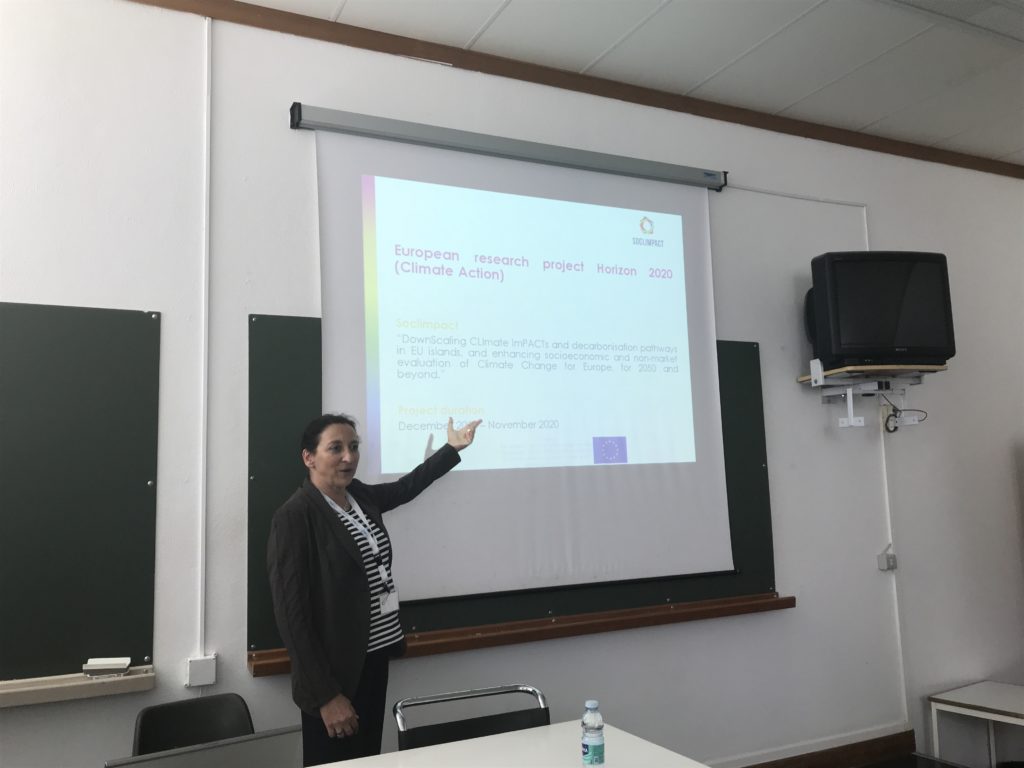