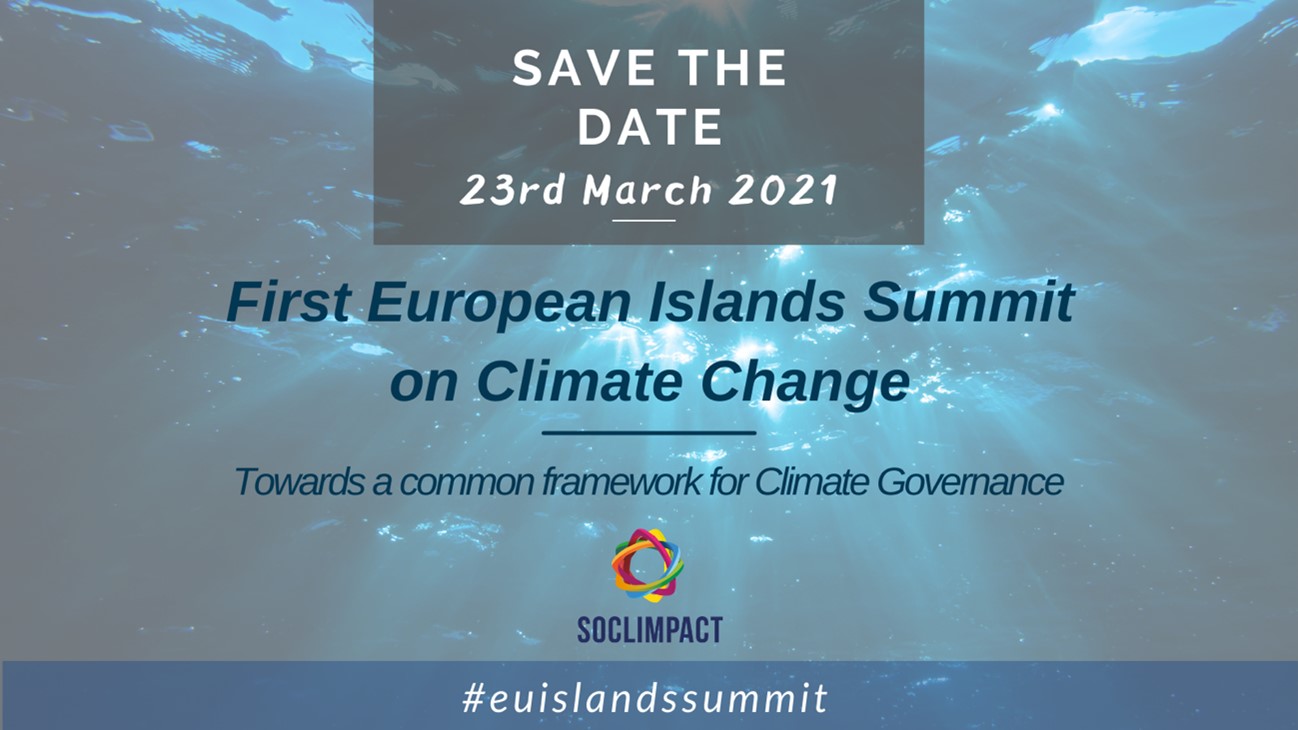 The First European Island Summit on Climate Change is the most important event organised by the project where academics, island focal points of the 12 EU islands and outermost regions case studies, and panellists of the European Commission will analyse co-benefits and time-lead pathways for adaptation that will build more resilient archipelagos.

After 40 months of intensive work, SOCLIMPACT has faced different challenges due to its broad scope, covering outermost regions and its complexity in dealing with territories. With a consortium formed by 24 institutions of different nature and specialties, the project aims at providing modelling and accurate estimates of the socioeconomic effects of climate change (CC) and its impact in European Islands for the future up to 2100.

This meeting’s main objective is to gain awareness among high-level European representatives and regional policymakers on the project results and involve them in the sustainable use of the knowledge generated by the project, and its application in the policy design reformulation.

One of the constant reflections during these three years has been the conclusion that all the work carried out is useless without the policymakers’ involvement. They are ultimately the ones who make possible the application and correct use of the project’s knowledge, allowing the islands to have quality tools and information to stop, adapt or mitigate the effects of Climate Change on their territories.

One of the hot topics of discussion will be the Regional Exchange Information System and the Adaptation Support Tool for Islands, a climate service developed by the SOCLIMPACT project (soclimpact.net) which aims to facilitate networking, not only by supporting regional adaptation policies but also to promote the mainstreaming of the adaptation outcomes into the EU Adaptation Strategy. Hence, REIS platform offers a huge opportunity for all islands to discuss intensively and to establish a benchmark for Adaptation and Blue Growth.

SOCLIMPACT set up this event as the first summit of many more annual meetings that will be held hereafter to continue joining forces and combat the impacts of Climate Change on European islands and the rest of the world.

The program can be downloaded HERE